I'm curious to dig into the methodology here to look for limitations, but so far so good. Money reports on a recent study to compare spam identifying/blocking functionality of the top four US cell carriers. T-Mobile came out on top as far as identifying or blocking Scam/Fraud and Telemarketing/Spam calls.

I had T-Mobile years ago and was generally happy; though when my wife and I were forced to move back to Minnesota to deal with family issues, we would have had reception issues outside of Minneapolis, so we went with Verizon. That chapter is now behind us, and so now that we're basically steady in a big city here in Florida, maybe it's time to change. Spam call blocking matters to me; what do you all think, dear reader?
Posted by Al Iverson on Monday, February 26, 2018 No comments:
Topics: news, phone spam, spam

Ask Al: Group mail is being blocked, what do I do?

Recently, a reader wrote in with the following question:

I host an email group of about 450 people who share a common autoimmune medical condition. I send/receive email through a Gmail account set up in Windows Live Mail on a home PC. My ISP is RCN.  Recently, any emails sent to any group member using an AOL or Verizon.net account are being blocked by AOL. I sent an email to AOL asking to not be blocked and my request was denied with little feedback as to why. I was then pointed to recent changes concerning DMARC and FBL. I generated an AOL account just for those members to get the information they need but this is an awkward way to send emails, using two separate accounts.

Somebody recently asked me how does one set up folders in Gmail, and how does one then filter mail into those filters? Setting up filters and folders (labels) makes Gmail much more usable; makes my very busy email stream much more manageable.

Here's how you do it, courtesy of Wikihow.

A client recently reminded me of Gmail's yellow bar that explains why a message went to spam. I decided to pull up the last few spams out of my spam folder and check the yellow "why" bar.

b2b-leadgen.com: Why is this message in Spam? It's similar to messages that were detected by our spam filters.

verizones.com: Why is this message in Spam? We've found that lots of messages from verizones.com are spam.

If Gmail says that these three sending domains seem to be spammy, who am I to argue?

(If you recognize your company name there, maybe it's time to reconsider your B2B strategy. I never signed up for your emails. Send a lot of mail to people who didn't sign up for it, and that's what happens.)
Posted by Al Iverson on Thursday, February 15, 2018 No comments:
Topics: b2bspam, gmail

AOL Postmaster Lili Crowley posted an update yesterday to the AOL Postmaster Blog regarding the future of DMARC and FBL reports from the AOL platform.

Here's my summary of that information:

(These are reports that you get from other ISPs, when you have a DMARC record in place that specified that reports should be sent providing information about DMARC failures. Most people feed these into a DMARC-specific automation platform for parsing and reporting. Not everybody has this / does this.)

For ISP Feedback Loop reports (spam complaints): AOL is saying that currently, FBL reports for AOL users on AOL domains will continue to come from AOL. But, at some point in the (very?) near future, these AOL users' mailboxes will be transitioned to new infrastructure. When that happens, AOL FBL reports from that user will cease. That user is now covered by Yahoo's Feedback Loop, and if that user reports an email message as spam, it will be handled in accordance with Yahoo's FBL process.

In my estimation, it's very likely that the transitioning of all AOL users' mailboxes to new infrastructure will take some amount of time. It seems quite likely that there will be a period of time when some of those AOL users are on AOL infrastructure (resulting in AOL FBL traffic) while you see some other AOL users sending in complaints via the Yahoo FBL process.

If you sign all mail with DKIM authentication, and you register your domains with Yahoo's FBL system, you should be all set. If not, it's time to get that process going.
Posted by Al Iverson on Friday, February 09, 2018 No comments:
Topics: aol, oath, postmaster blog, transitions, yahoo

List-Unsubscribe header: You need it!

Allow me to distill this very insightful article from Word to the Wise down to four simple points:


I've seen some folks complain that the list unsubscribe header is bad and that it should be removed, because it makes it too easy for recipients to unsubscribe from a company's marketing email messages. Well, here's a very significant downside that can apply to you if you don't have (or if you remove) the list-unsubscribe header from your email messages.
Posted by Al Iverson on Monday, February 05, 2018 No comments:
Topics: hotmail, list-unsubscribe, microsoft, word to the wise, wttw 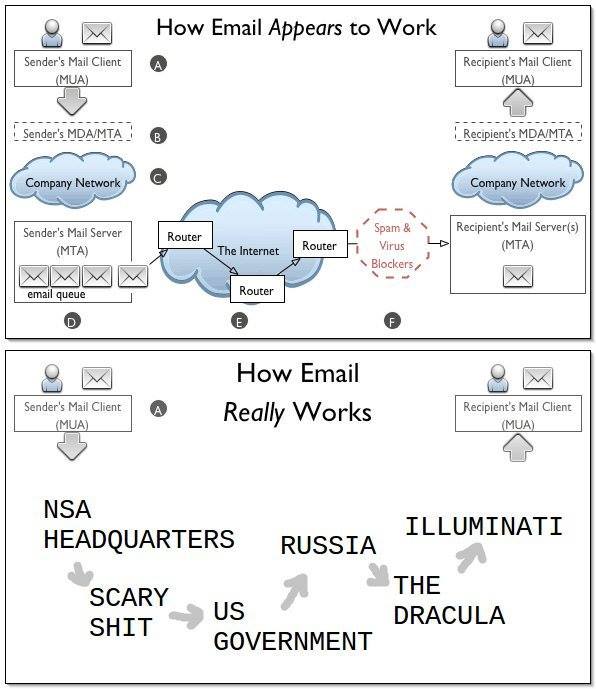 You should hire Sarah Johnson. You should also hire Aric McKeown.

If you find my site valuable and want to say thank you, please consider making a donation to the Chicago Community Bond Fund. Thank you.

Disclaimer: I am not a lawyer and this is not legal advice. Duh. All opinions are mine alone and do not necessarily represent the views of any group, company, organization or other person.