Why does Microsoft hate you? 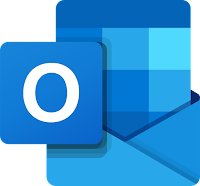 The question, “Why does Microsoft hate me?” is something I hear a lot lately. I’m not sure Microsoft actually hates any of you, but it’s clear that many senders are frustrated with how difficult it seems to be to be able to get mail delivered to Microsoft OLC (Hotmail/Outlook.com) domains. Yes, I do think Microsoft OLC is the consumer webmail or ISP mail provider with the quickest blocking trigger finger out there, and yes, it sometimes seems to be unfair. But it’s something that we all have to deal with, so let's all put on our grown up pants and work together to deal with it.

When I say "block your mail," I mean that Microsoft rejects it with a 5xx error, usually this one: “550 5.7.1 Unfortunately, messages from [x.x.x.x] weren't sent. Please contact your Internet service provider since part of their network is on our block list (S3150). You can also refer your provider to http://mail.live.com/mail/troubleshooting.aspx#errors. [#.eop-nam02.prod.protection.outlook.com]” Note that other bounce messages are possible and that Microsoft uses Spamhaus's IP and domain-based blocking lists to filter inbound email delivery connections. Check the SMTP Field Guide and Microsoft's postmaster website for examples of different Microsoft OLC bounces. Be sure to check the bounces to make sure you're troubleshooting the issue properly. (If you've got a Spamhaus issue, all bets are off. Go deal with that before bothering Microsoft.)

Here are the top reasons Microsoft will block your mail, at least based on my experience:

You are generating too many spam complaints. Spam complaints are negative markers against your sending reputation. If you get too many spam complaints, it is almost guaranteed that Microsoft will reject mail from you. What can you do to reduce spam complaints? It starts with sending more compelling content. Making sure you’re sending wanted emails to recipients who opted-in to receive those emails. Third party opt-in and bought lists tend to cause an excessive number of complaints. Recipients weren’t expecting that mail, so they find it to be unwanted and they report it as spam in high enough numbers to cause blocking.

You’ve got a bad reputation as measured by Microsoft’s “Sender Reputation Data” (SRD) system. In short, SRD is a voting system where a sampling of Microsoft email recipients are invited to vote on whether or not they think your mail is spam. Too many votes means you get voted off the island (blocked). It’s like having too many spam complaints, but worse, because it doesn’t directly correlate to spam complaints and root cause can be difficult to determine. See Validity’s blog post for more insight on this one.

Your email send volume spiked. If you typically send 3,000 email messages a day from your IP address, but today you send 1.6 million, that’s a volume spike -- a quick increase in volume compared to your usual daily average. This alone can cause Microsoft (and other ISPs) to block you. Try to avoid these by spreading large sends over a number of days. The goal is to have an observable average of daily volume and stick to it, as much as possible.

Microsoft believes that you’re engaging in “namespace mining.” This one means that they see you attempting to send to too many unknown users (invalid addresses) and they believe that the email list you’re sending too contains a bunch of made up addresses, where you’re just trying to guess and see what addresses might be valid. It could be that this triggers easily if your outbound MTA or email platform organizes sends to a list in alphabetical order by recipient email address. How to fix? Don’t send to bad addresses. Be sure you’re suppressing user unknowns. Check data sources and dump bad or questionable ones.

Microsoft thinks that you are a spammer based on the recommendation of their proprietary "Smartscreen" filter. Their sender support won’t tell you exactly what caused this. They’ll usually respond with something like this, "Email filtering is based on many factors, but primarily it's due to mail content and recipient interaction with that mail. Because of the proprietary nature of SmartScreen and because SmartScreen Filter technology is always adapting and learning more about what is and isn't unwanted mail, it is not possible for us to offer specific advice about improving your mail content. However, in general SmartScreen Filter evaluates specific words or characteristics from each e-mail message and weights them, based on their likelihood to indicate that a message is unwanted or legitimate mail. " Return Path (Validity) has a help page about this.

Requesting Unblocking
When a sender finds themselves blocked, one most commonly goes to this Microsoft Sender Support page to request unblocking. When it comes to the submission process, don't play games. They won’t always unblock you multiple times and they don't like liars. You really do have to try to fix whatever underlying issue there may be in place. Just going back to them every week or month to request unblocking again will end up becoming a fool’s errand. Eventually they’ll decline to unblock and explain that, "These IP(s) have previously received mitigations from deliverability support, and have failed to maintain patterns within our guidelines," meaning that they’ve given you a number of chances and they feel that you’ve blown it.

Occasionally, Microsoft sender support will ghost you (not follow up or respond) or tell you that a ticket has been misrouted (without explaining what to do in response to this). In either of these instances, you’ll want to start over and submit a new ticket to Microsoft sender support and the hope is that you’ll get a different support rep who will follow up properly.

Are you in the midst of IP warming? It’s not uncommon to get blocked during the IP warming process. When reaching out to Microsoft, be sure to request pre-emptive accommodation. This is Microsoft speak for telling them that you’re actively engaging in an IP warming process. They’ll respond, asking you to clarify daily volume numbers over upcoming days. Provide as much detail as you can, and they’ll usually help you by upping inbound allowed email limits to accommodate your IP warming. For more on this process, see my write up on it here.

And don’t forget to “keep your nose clean” during IP warming. It’s your first impression; make the most of it. Focus on engaged subscribers, if at all possible. Make sure you’re sending wanted mail. They’re looking very closely at your sending reputation during this time. Be a good sender.

If you do find yourself either blocked repeatedly, or they deny your request for unblocking, it’s time to reconsider your sending strategy. I could go deep here (but I can’t here on the blog), but at a high level that means:
And then try again, requesting unblocking or mitigation again after a short period of time has passed.

And finally, if you're looking for a list of the most common Microsoft OLC (Hotmail/Outlook.com) domains to use for domain segmentation, you can find that here.

Comments policy: Al is always right. Kidding, mostly. Be polite, and you're welcome to join in, even if it's a differing viewpoint.

If you find Spam Resource useful and would like to say thank you, please consider making a donation to Care for Real, based here in my adopted hometown of Chicago. They are good people, working hard to help those dealing with food insecurity and other challenges. Thanks!